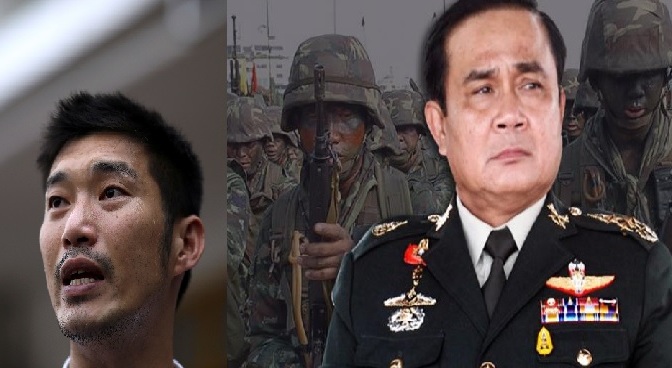 The Thai military junta is ramping up the use of the draconian lèse-majesté law against critics, opposition politicians and dissidents.

The latest person to be charged with this authoritarian law is opposition politician Thanathorn Juangroongruangkit. His “crime” was to question the Covid vaccine policy of the junta, which has approved a contract between Siam Bioscience and AstraZeneca for the Thai company to produce the Oxford- AstraZeneca vaccine for sale in Thailand and South-East Asia. Siam Bioscience is 100% owned by King Wachiralongkorn and so far has had a poor financial record and no experience of vaccine production. The junta is also buying a small amount of the Chinese Sinovac vaccine.

Thanathorn estimates that most Thais will not begin to be vaccinated until the end of the year, unlike in neighbouring countries. In addition to this there will not be enough of the vaccine to cover the whole population.

Cutting down Thanathorn is part of a long process of destroying the official parliamentary opposition to the junta, which installed itself through a military coup, followed by sham elections. Thanathorn’s Future Forward Party was forced to disband by the junta’s courts and Thanathorn himself banned as an MP, mainly because his party enjoyed significantly popularity, especially among young people. This is at a time when Taksin’s opposition Pua Thai Party has shrunk to a shadow of itself after a war of attrition waged upon it by the military and the conservatives, which used coups and their courts to try to reduce Taksin’s influence among the electorate. The present junta hopes to stay in power for 25 years! [See https://bit.ly/3731MIZ ].

To add insult to injury, the vaccine produced by Siam Bioscience is being called “the gift from the King”, which it certainly is not.

Wachiralongkorn is the richest person in Thailand, but this has absolutely nothing to do with his abilities in any field. He is an intellectually challenged brutal playboy.

So lèse-majesté is being used to stop Thais questioning Covid policies. It is also being used to prevent discussion about reforming the scandal-ridden monarchy and campaigning for democracy. Scores of young people who led the recent protests against the junta have now been charged under this law. This is hardly surprising, as retired academic Thak Chaloemtiarana recently commented that the demand to reform the monarchy is a serious challenge to the legitimacy of the military.

I have argued for a long time that the monarchy is an important tool for the military in attempting to legitimise their rule and the lèse-majesté law is designed to protect this so-called legitimacy. The target of protests must be the military junta rather than the idiot king Wachiralongkorn. [See the myth of Wachiralongkorn’s so called power https://bit.ly/2EOjsNL ].

In the eyes of the junta, criticism of the monarchy and the military is a much more serious “crime” than murder, rape or terrorism. A few days ago a 63 year old woman was sentenced to 87 years in jail (reduced to 43 years and 6 months) for sharing video clips criticising the monarchy!! She has already spent 3 years in prison awaiting trial.

The Thai junta and ruling class are truly a bunch of barbarians.

Yet the impressive youth protest movement seems to be stuck in a rut and unable to move forward to respond to these attacks on liberties by the military. Unless the movement regroups and takes a turn towards the working class by attempting to organise strike action and civil disobedience, it will lack the power to overthrow the junta. [See https://bit.ly/3p3LlnI ].