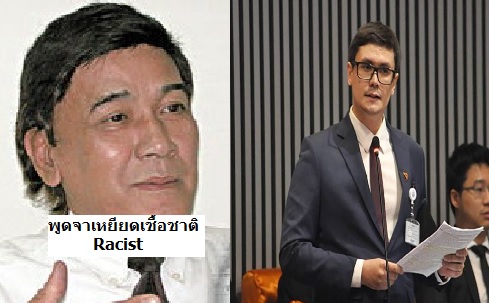 No one objected and the Speaker did not demand an apology or ask the racist to leave the meeting. Yet another opposition MP was expelled from the parliament for merely saying that Prayut had fixed the election, which is true.

This is just another symptom of how deeply ingrained racism is in Thai society.